Australia’s “Guy McLean”, at 35, has won every major equestrian competition that would allow him to enter, at least once. He has won prestigious poetry awards while serenading thousands, but most importantly, he and his team of incredible horses have won the hearts and minds of millions of the general public on stages and in arenas across the nation in Royal Shows, at Outback Spectaculars, International Rodeos, State Exhibitions and countless special appearances both live and on television as well as major equestrian shows, such as Equitana Asia Pacific.

More than a horseman, Guy’s entertainment act attracted such a huge following in his home state, that crowds of 30,000 would showed up chanting his name every night at the capital’s oldest and largest state fairgrounds, the Brisbane Ekka. They demanded to see Guy and the stars of his troop, “Nugget, Spinnaby and Kenny,” regular headliners in the evenings’ entertainment of Fireworks, Monster Trucks or Racing Motorcycles, each time giving them emotional standing ovations that were minutes long.

He has been labeled the STEVE IRWIN of horses (he is from the same state), because GUY provides a mesmerizing , entertaining connection between his horses and spectators, engaging and exciting them with that rare combination of “edutainment” with a dialog and passion for his craft that was the Irwin trademark.

Now he has arrived in the USA, along with a new troop of horses, “Hope, Sequel, Pride and Spinnaby.” His first stop is Dallas, Texas, where he and his horses will acclimate and organize, doing guest appearances, live and on television, in a pre-tour mode, as management assembles show dates and bookings while coordinating with potential sponsors, show managers, and scheduling venues across North America and Canada.

An introduction to Guy can be seen at

Guy stated, “It has long been my dream to bring my horses and my act out of Australia to the world. The USA is the first step toward that dream becoming a reality. I intend to make the USA my home base and Texas my home state for the next 3 to 5 years enabling me to perform at every major event, show, rodeo, state fair or opera house that will have me and my gang, while at various times we will also go to Europe, South America, Canada and England because of strong interest from venues in those places. We will announce our official 2011 tour dates after the 2010 Alltech FEI World Equestrian Games.”

An Act with a mission.

“We are currently seeking long term mutually beneficial relationships and partnerships with brands, show managers and venues that are interested in promoting the horse industry through presenting our entertainment, which we think helps connect the general public to the horse, as well as providing “edutainment” to horsemen and women of all skills, sports and disciplines, and, at the same time, bringing a new draw to shows and venues all over,” said McLean. 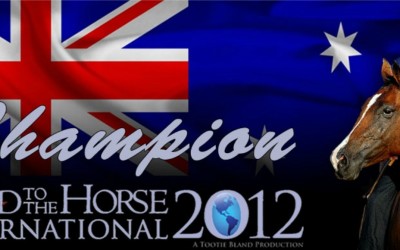